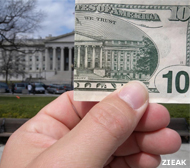 NEW YORK (MainStreet)—The House of Representatives passed, May 23, the Smarter Solutions for Students Act (H.R. 1911). This would tie interest rates to prevailing market trends. It will end federal rate subsidies.

The bill was passed in the House of Representatives by a vote of 221-198. The vote was primarily party line with 217 of 225 Republicans (eight did not vote) voting for it and only four of 194 Democrats voting in favor (seven not voting). The bill was introduced by Rep. John Kline (R.-MN).

But not everyone thinks it is a smart idea.

Claire Law is the founder of Educational Avenues in Charleston, S.C. and an Independent Educational Consultant and a Certified Educational Planner (AICEP). She teaches courses about college admission and financial aid at the University California-Irvine and is the co-author Find the Perfect College for You (Supercollege, 2010).

“I think we have done this before,” Law said, regarding the recent bill. “I personally think it is a temporary patch.”

“I see this as a disservice to students, parents and graduate students,” Law asserted. “We need to have an educated populace and over the last 30 years most colleges have increased costs by 3 to 5% each year.”

She said that variable rates typically increase over time. She observed that there are parents who borrowed years ago and still carry $150,000 in PLUS loans at 8% – which was originated under FFELP at a 4.25% variable rate.

Law acknowledged that while the federal government furnishes assistance with getting an education beyond high school via the loan program much of the tuition for colleges via the loan program – and profits from it as well – she says parents have paid the largest share of costs to send their kids to college.

“They have used up their personal savings, home equity, sold assets to fund college, paid out of current income and taken on debt,” she emphasized. “This debt is not always a federally-guaranteed loan. They are private or alternative loans – such as refinancing a house. In some cases it is a retirement fund that was used to pay for college. We can’t calculate that debt burden. The Smarter Solutions for Students Act will not make it less expensive for students and parents to borrow.”

According to Law going to a variable rate is a mistake, because students and parents will not be able to calculate their future debt amount. Moreover, students do not often understand the impact that a rate change could have on their ability to repay, or the meaning of paying back a loan that has an 8.5% or 10.5% interest rate plus fees.

On July 1, the Stafford loan for undergraduate students will have a variable interest rate based on the 10-year Treasury note. Then, on top of whatever that rate will be, students will pay an additional 2.5% fee and parents will pay a 4.5% additional fee. These rates are nothing new, Law observed. They are a return to the variable rates that were in effect before the Obama administration eliminated the commercial lenders from making federal student loans under the FFELP program.

“Students who are saddled by debt can’t buy a car, rent an apartment or buy a house – and they become indentured servants,” Law said. “They cannot contribute to the economic growth of the country if they start out with the debt on their shoulders. Some students can’t get married. One of my students refused to marry another with $260,000 in debt from undergrad and law school loans.”

Law feels that the right college for students must include a financial aid review that imparts financial aid literacy to the student and parents. Both the return on investment and whether the institution fits the needs of the student have to be evaluated.

in the process, rather than graduating and then being faced with loans they never understood in the first place,” Law stressed.

Alex Pollock, a resident fellow at the American Enterprise Institute and a director of Great Lakes Higher Education Corporation, has reservations about the bill as well.

He believes that government loans allowed colleges to inflate their costs. Ultimately, he says, the taxpayers subsidize the loans for those who have defaulted or who are granted some forbearance such as unemployment. Because of this those who work their way through college or who borrow from other than the government get a double whammy. They have to pay back not only their own loans, but their taxes help provide for and also pay the loans of others.

“They are also ‘sticker price payers,'” Pollock noted. “They are often paying full price for college as opposed to those students who are getting a discounted rate via scholarships.”

If passed by the Senate, this law would prevent student loan interest rates doubling July 1. Absent any action from Congress, by law, the interest rates on Stafford loans are scheduled to increase from 3.4% to 6.8%.

The Senate received the legislation June 3. According to Roll Call, an aide to Senate Majority Leader Harry Reid (D-NV), said the Senate will likely vote on both the Senate Democratic bill – which extends the current 3.4% fixed interest rate for two additional years – and the House-passed Republican bill simultaneously.